Today, my mum came home from work early, and she, Auntie Em, my cousin Speckles, and I piled into Auntie Em's car and took a long ride!

Mum told me were on our way to pick up my new baby sister! Say WHAT?! That's right, that's what she said! New Baby Sister!

Mum says we will call her IdaWise most of the time. She is named in honor of her and Elliot Cool's first mum Ida, who lives in Texas. That is where they come from! Mum says that Ida has done so much for German Coolies (that's what they are) in general and for mum in particular (by getting Elliot Cool and IdaWise to her) that mum wanted to do something to honor her for that. And so, she has a little namesake! That's pretty cool, I think. I am a namesake, too. I was named in honor of my GrandPaw! Anyway, on to the photos! 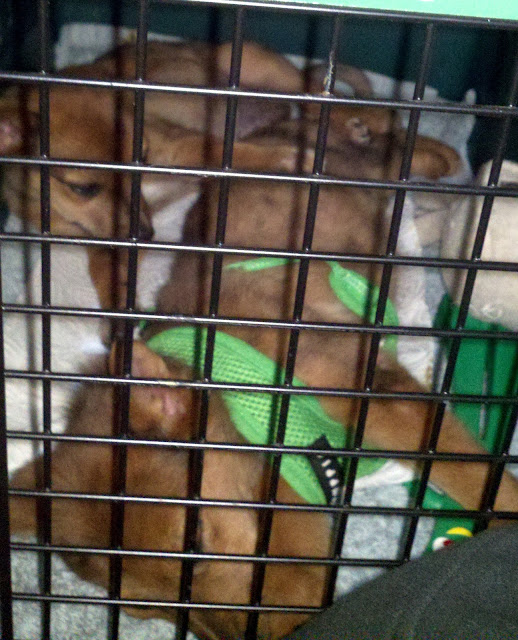 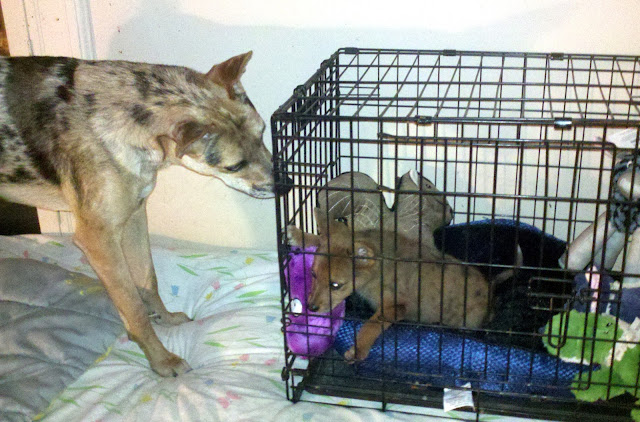 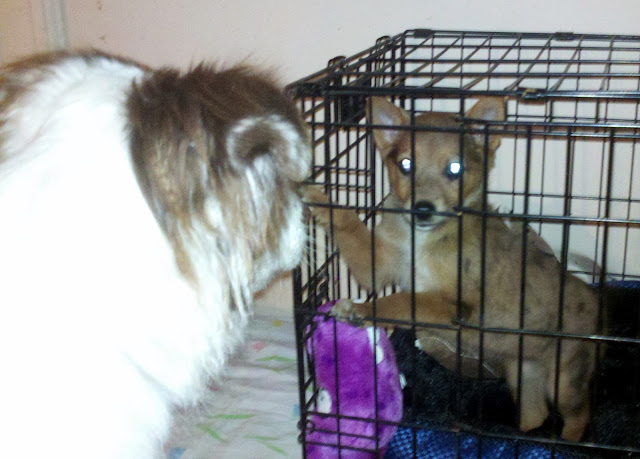